Menu
A Search
B Translate

cooking club continued this week with the children making pizza toast. They chopped up their own fresh tomatoes for their base, grated their own cheese and washed up their chopping boards.

second week of fun club and the children are really enjoying the games and activities on offer from them to use. The children have been showing great team work when playing games and helping each other when trying to play new games.

cooking club saw a new group of children of children join and cook a Spaghetti Bolognaise.

Christmas around the world

Today was RE day. Each class learnt about how Christmas is celebrated in a different country and we visited each other’s class to share our knowledge.

Today we attended the Dodgeball tournament set up by A10 Partnership. With 12 teams competing it meant the children had a lot of competition. We were split in to 2 groups of 6 an after losing our first group game, came back to win our next 4 games. This saw us play in the final agiainst a very strong school. We came away with silver medals overall coming 2nd out of 12 schools. Such an amazing effort from all the children, who showed such fantastic team work. Well done. you did your school proud!

With football being one of my favourite sports to play as a kid, I was keen to change the initial reaction to a football themed session in Multi skills. This was not to everyone’s delight with  the majority of the girls saying that they didn’t like football and it was for boys. We kept the session fun and played games using dribbling skills and target that made a huge difference to the way the perceived the sport. At the end of the session every child said that in fact they quite liked football and they enjoyed it more then they thought. We spoke about how popular the sport has got for women and it is most defiantly, like most sports not just to be enjoyed by boys.

This week we made pizza toast. All the children brought in at least one of their favourite pizza toppings and added them with tomatoes and cheese to toast to make their pizzas.

Each child made a Pom Pom poppy for our Remembrance Day assembly.  During the day each class focussed on remembering those who made sacrifices so that we can live in peace. The whole school community observed a 2 minute silence.  We are grateful for the freedom that we have.

This week was the first week of multi sports. We started the club with Tag Rugby. The children practiced passing and catching the rugby ball and then finished with a tag rugby mini game. The children enjoyed dodging the catchers to avoid the catchers from grabbing their tags from their belts.

Today a new group of Year 2 children started their half term at cooking club. We made jam and lemon tarts, where the children all got involved with making the pastry from scratch.

Today both a netball and football team represented our school in the Intra Primary Cup. Both teams did out school proud who the football team winning 2 of their matches and the netball team, playing for the first time drew half of their games. Despite some of their matches being tough games they showed throughout the whole tournament that they can continue to work as a team and enjoy the competition regardless of the score. Well done to all the children nvolved. You were a credit to the school

Yesterday we attended and took part in this years football tournament set up by one of the partnerships locally who organise events. Although we did not have a very successful group round, we went through to play in the semi finals for the plate. The boys showed that they had not let their head drop and with their first win they went through to the plate final. Despite the obvious boost in confidence that they showed, the result saw us finishing as the runners up. The boys showed a great attitude to representing their school and remained positive throughout. Next tournament will take place on 5.11.19, good luck to all the children selected for this.

On Tuesday 8th October, 10 children were selected from years 3 and 4 to attend the Personal Challange event at Haileybury Turnford. The children took part in a range of personal challenges including skipping, throwing, catching, target, speed stack and this was finished off with a team challange against the other schools there. The children all enjoyed the event and it was great to see the determination they showed when trying out a skill that did not come easy to them, they tried  and didn’t give up. 3 children gave us feed back from attending this event.

I enjoyed seeing the Year 6 who had left our school and now go to Haileybury. I liked the skipping, bean bag aim, bucket challange and the Lego challange.

I liked Tuesday because it made me better at sport skills. My favourite was throwing the ball at the wall to see how many catches we could do in 10 seconds.

i wasn’t looking forward to going because I thought it would be boring, but when I went it was really fun. My favourite activity was speed stacking.

The towers proved less tricky this week for our mini Speed Stackers. They were very proud of their towers as you can see.

Food and Fitness club started again this week. The children made their own healthy pizzas even making their own dough for the base.

Football training continued for Year 5 and 6 this week. We worked on attacking and defending finishing off the training session with a penalty shoot out.

Year 1 and 2 had their first speed stacking after school club session. We practiced the stacking of 3 cups in a pyramid which is compulsory for junior competitions. This was followed by a tower building competition that the children found a lot harder then they thought. 12 cups in a tower proved more wobbly then they first thought 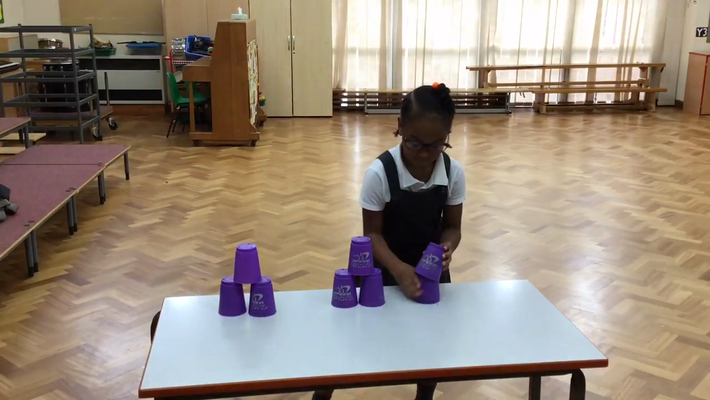 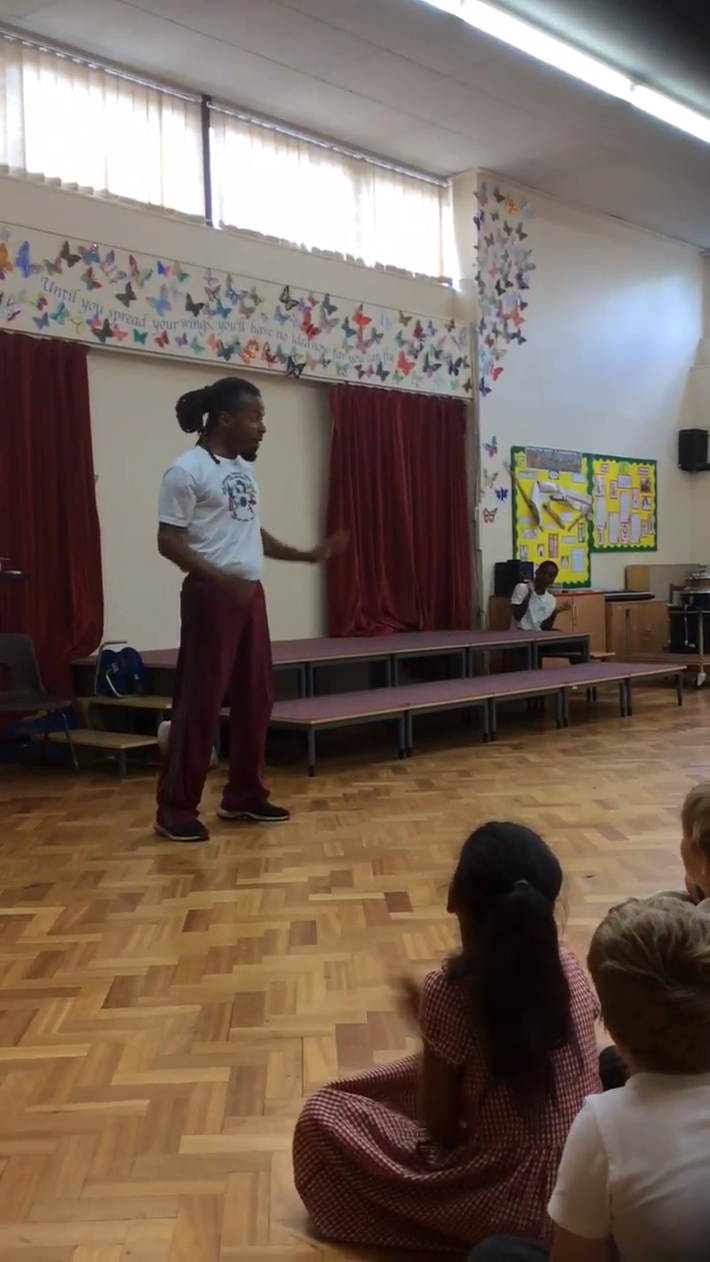 Another great experience for the school this week with a visit from Elite Commando Survival. The military group came in and put the children through their paces with a military assault course followed by survival skills. The session was finished off with the children roasting marshmallows and taking part in a team building activity.

The children thoroughly enjoyed the fitness circuit lead by Gianni Frankis. Gianni represented Great Britain in 2009 at the World Championships in the hurdle event. The children were engaged with both the workshop and the assembly he led and it was very inspiring to hear how hard he continued to work even when he wasn’t winning all his races. The children all learnt a valuable lesson in lie, that if you have ambition and drive you can reach your goal. 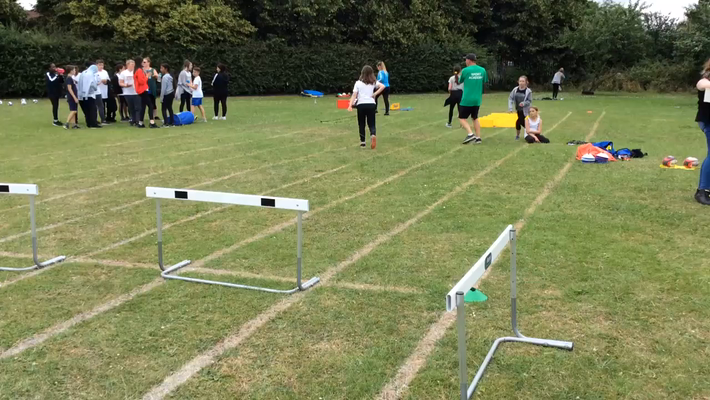 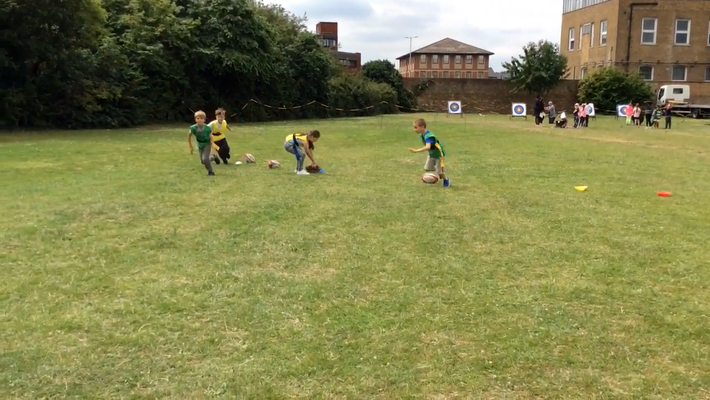 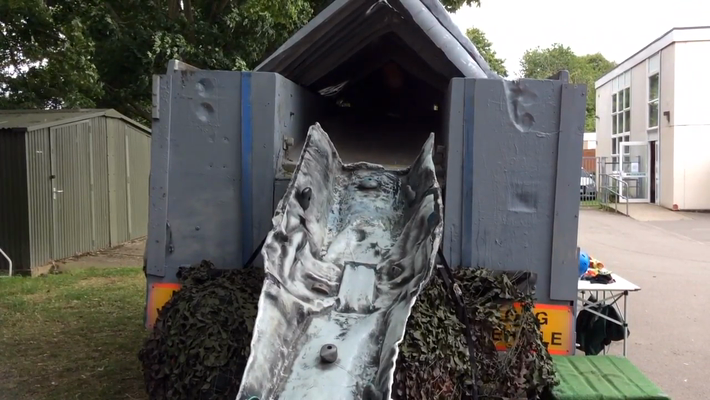 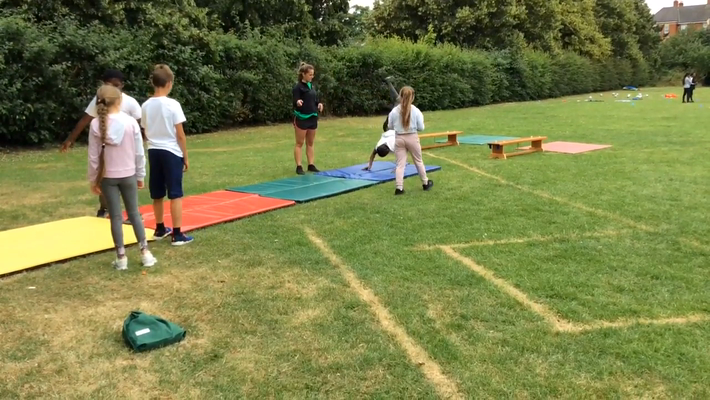 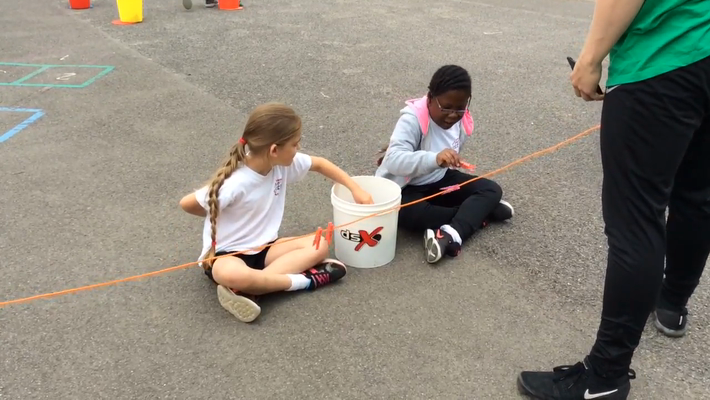 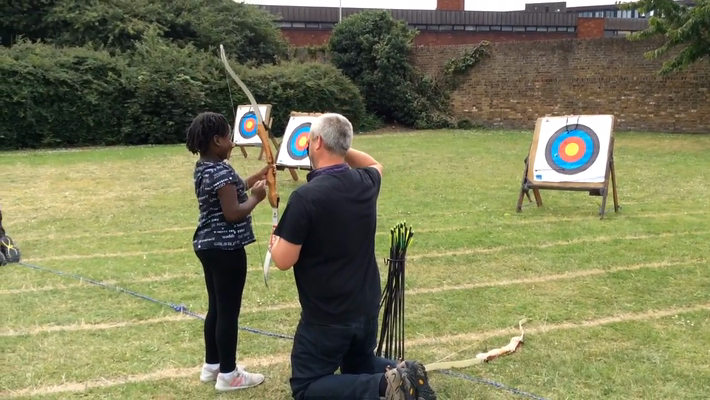 All children were given the experience of using a wheel chair. They were given the task to use the chairs to manoeuvre around cones. Wheel power were very greatful for the money the children raised and enjoyed coming in to work with the children in their classes

Science  week was a huge success across the school last week, with all the children getting involved with hands on experiments. The children were lucky enough to have a visit from a scientist who let the them participate in some science experiments, including the making of slime. As the week continued the children had to investigate a crime scene that had been set up in school, to work out which one of the teachers had damaged the flower. They had to investigate shoe prints, fabrics, pen ink and test how powders reacted with liquids in order to solve the crime. Many experiments continued in the classrooms with Reception enjoying separating liquids, Year 2 looking at friction and Year 6 using microscopes to examine different fabrics.

This week we started multisports club with the children learning some basic football skills. We practiced dribbling with a ball and finding space, finished off with an agility game. The children have picked other sports they would like to try over the next few weeks, starting with netball next week.

This week both the Year 3 and 4 Athletics Club and 5 and 6 all attended on Monday, due to

World Market Day being held on Thursday. This week we focused on track events and tried to beat the times which had previously been recorded.

Year 3 and 4 Athletics After School Club

This week after progressing with the basic skills, the children set up small matches and learnt the rules of a competitive match. The children have improved so much and have really enjoyed learning a new sport. 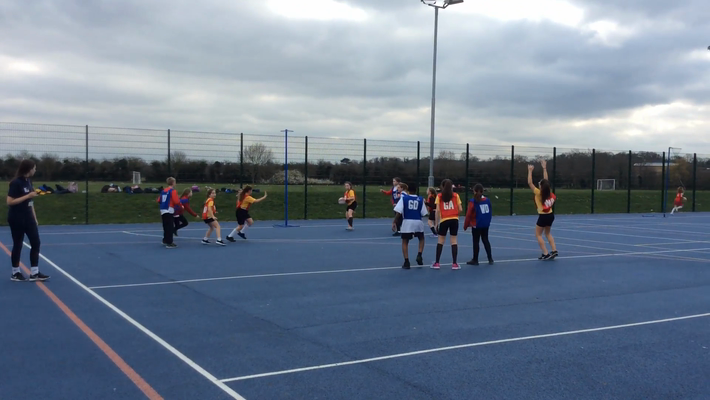 Amazing achievement! Our netball team who were finalists at yesterdays Netball Tournament. 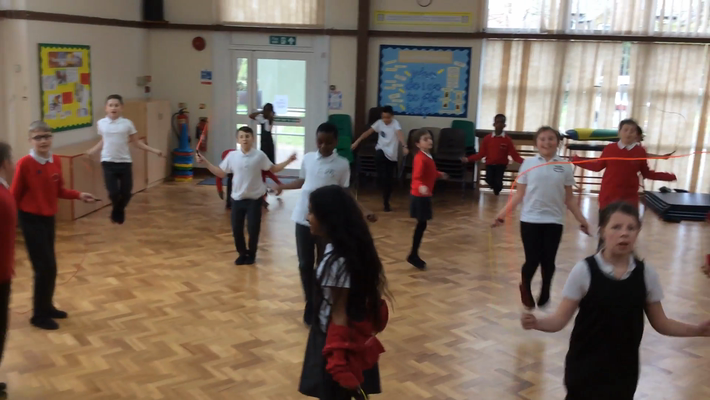 19.3.19
Today the whole school took part in a sponsored skip. We are raising money for a charity called Wheel Power, who will visit us later in the year and provide children with the opportunity to experience sport using a wheel chair

On the 12th February 2019, we took 2 teams of 6 children, to take part in this Cricket style festival. Both teams were amazing, with one team making it to the semi final.

The Rapid Fire Festival was a lot of fun because it was really competitive. I felt nervous when we were in the mini bus, but when I went in to the school hall I felt better. Even though we got knocked out in the semi-final, it was one of the best competitions ever.

The rapid fire festival was really fun because I’ve never represented the school before. I felt very excited and proud.

When we walked in I felt nervous, but I felt better when we started playing. I tried my best to hit the ball hard through the cones to get extra points. I tried so hard that I was tired when I went home. It was my first time on a mini bus. I hope I get to go again.

I felt a little nervous because it looked complicated but I watched the demonstration and I knew how to play it. I tried my best to get the ball through the cones.

On the 5th February 2019, 8 selected children attended the 'Water Sports Festival' at Haileybury, Turnford run by the A10 school partnership.

I loved the water sport because it was AMAZING! For me, my best part for me was when we were dancing.

I loved it, but at first it was very scary because so many teenagers were staring at me and my friends. Apart from that I liked it and I loved when we did sitting volleyball.

At the water sports festival we took part in lots of activities. A partner assault course like a canoe slalom, sitting volleyball, synchronised swimming, a rowing exercise that was fun and then we did another hoop exercise. They were all really fun. Out of 6 teams we came 3rd with a bronze medal. I felt really proud and exited that we came in the top 3 .